Wilson walks away with a win at Williams Grove in UMP Mods! 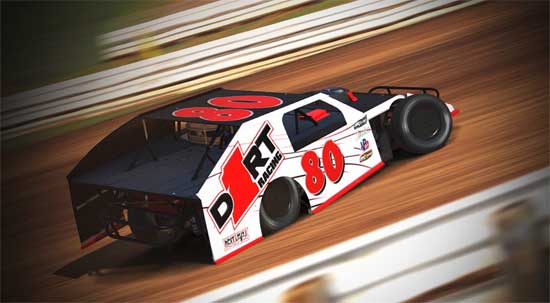 MECHANICSBURG, PA (September 18, 2017) - A star-studded field of 41 UMP Modified drivers from around the world descended on the 1/2 mile Williams Grove Speedway tonight for 40 laps of heart-pounding action. Once the dust settled - and there was a lot of dust, Bakersfield, CA driver Dylan Wilson parked his #80 mount in a familiar spot, victory lane.

“It feels really good to win here at VLR and Williams Grove,” Wilson said. “I think the 78 (2nd place finisher Hank Taylor) was faster than me at the end so it would've been interesting on the last lap if he didn't clip the wall there. I was just trying to be smooth and not make any mistakes there at the end.”

Despite leading all 40 laps, the win was still a tough one for Wilson as he had to face several restarts in a race slowed by five caution flags. The drivers finally settled in though and the last 14 laps of the race went caution free as Wilson held off hard-charging Hank Taylor in the closing laps. Taylor started in 12th position and methodically worked his way through the field while avoiding carnage along the way to restart third on lap 26.

Taylor made quick work of second-place running Mason Crawford after finding grip on the top side to make the move with 8 laps to go. The Lancaster, SC driver then set his sights on the lead before contact with the wall with four laps to go ended his shot to win.

Travis Marsh started and finished in fourth with a clean race car, and Jeremy Capron rounded out the top five after rallying from his 11th place starting position.

“I started 12th after a bobble in the heat race but I knew if I could get to the front I had something for Dylan (Wilson),” said Taylor. “Starting back there put us behind the eight-ball though. Dylan had that high side working and I couldn't run up there like he could. He was the class of the field tonight. It was a pretty fun race with how the track was tonight.”

Mason Crawford made his first ever VLR start tonight and impressed many of the competitors and viewers watching at home. The Texas driver started on the outside pole and held onto the position for most of the race before Taylor worked past him in the closing laps.

"We were barely hanging on," said Crawford. "This car handles better on a tacky track so the slicker it got the less chance we had to win so I was just trying to hold on to the third spot. We always have high expectations but there were a lot of fast guys out here so it feels good to get a top three."

Austen Semmelmann was the hard charger of the race, advancing eleven spots from 17th to finish 6th after utilizing the top and bottom side of the track to make passes. Fifth-starting Howard Weaver had the misfortune of being in a couple of early accidents, but the Tennessee driver was turning the fastest laps of anyone after the final restart and rebounded from 18th to finish 7th after going to the rear with damage early on.

Dylonn Fox started 9th and finished 8th, but had an eventful race all throughout. Shane DeVolder and last week's VLR Late Model series winner Shane James rounded out the top 10.

Like the VLR UMP Series on Facebook at Facebook.com/teamvlr. Next week all three VLR series head to Volusia Speedway Park for the first time this season in what is sure to be a dandy!

We have 638 guests and one member online